We are very happy to be working with several talented authors and publishers who have kindly agreed to contribute some of their stories and poetry to the iRead digital library. Their stories will then be read by thousands of school children across Europe during our upcoming pilot. You can find out more about them below (plus links to more of their amazing writing!).

Please get in touch with us (iread@ucl.ac.uk) if you are a writer and interested in being part of our project in this way.

The Wicked Young Writer Awards was established by the long-running musical WICKED to encourage young people to use creative writing to look at life a little differently. Since its launch in 2010, they have received over 20,000 entries to the award, from thousands of young writers between 5 and 25 years old.

In partnership with the National Literacy Trust, the Award recognises excellence in writing, encourages creativity, and helps develop writing talent in young people from all backgrounds and areas of the UK.

Each year, they hold a very special ceremony at the Apollo Victoria Theatre for all 120 finalists writers. All finalists also receive a printed copy of their entry as part of the annual Wicked Young Writer Awards Anthology. The recordings of the event can be found on their website, as well this year’s finalists contributions, which will be made available to thousands of young readers during the iRead project.

Pratham Books is a not-for-profit children’s book publisher that was set up in 2004 in India to publish good quality, affordable books in many Indian languages. Their mission is to see ‘a book in every child’s hand’. In 2015, they created StoryWeaver, an open source digital books platform.

StoryWeaver hosts stories in languages from India and beyond, so that every child can have an endless stream of stories in their mother tongue to read and enjoy. The stories can be read, translated, versioned or downloaded for free. All stories on the platform are openly licensed under Creative Commons licenses to encourage collaboration and reuse. In two years, StoryWeaver has scaled from 800 stories in 24 languages to 8500 stories in 113 languages by engaging with a community of users.

Ramon Besora Oliva is a teacher, writer and editor. He has worked as a teacher for many years, and has also actively collaborated in many teacher training programmes. He is also a former member of the Catalan pedagogical institution Rosa Sensat.

He has published several journal articles about education, child creativity, literacy development, poetry and poetic experimentation. He is also the author of many children books and stories.

He was the former president of the Catalan Council for Children and Young Adults’ Literature. He has also been a member of the board of many literary prizes and awards, such as the National Award for Children’s Literature of the Spanish Ministry of Culture, the Lazarillo Prize (one of the oldest and most prestigious awards in children’s and young adults’ literature written in Spanish), or the Award for Children and Young Adults’ Literature of the Catalan Autonomous government (Generalitat de Catalunya). He has also coordinated workshops and symposiums, like the Symposium of the Catalonia International Awards for Illustration.

The books he has edited have been awarded with the Critici in Erba Prize in the Bologna Book Fair and with the International Prize for Innovation, also in Bologna.

Nowadays, he is the president of the Association of the poet Miquel Martí i Pol and he is also the leader of his foundation. 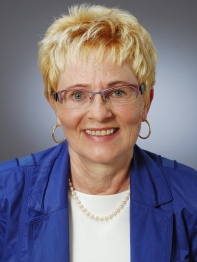 Ursula Rickli worked as a primary school teacher for 32 years. After retiring from schools, she worked as a teacher of German didactics at the College of Education of the University of Applied Sciences in Northwestern Switzerland.

As a textbook author she has been developing various language teaching aids in the following areas:

Detailed information about the teaching aids can be found on her website: www.ursularickli.ch

Sergio Andricaín is a writer, publisher, journalist and literary researcher. He has worked for a number of important cultural institutions such as the Ministries of Culture in Cuba and Costa Rica, or the Regional Center for the Promotion of Books in Latin America and the Caribbean (CERLALC). He currently coordinates the Program for Latin American authors in the Miami book fair.

Together with writer Antonio Orlando Rodríguez, he created and manages the Fundación Cuatrogatos in Miami, which is devoted to developing cultural and educational programs with a focus on the promotion of literature among children and teens. Some of his books are: La caja de las coplas, Hace muchísimo tiempo, Un zoológico en casa, Libro secreto de los duendes, Cuando sea grande, Dragones en el cielo and La noche más noche.

Mark Lowery was born in North Wales in 1979 and grew up in Preston, Lancs. Although he maintains that his upper body is of average size, many people have suggested that he has an unusually large head and stumpy legs.

His lifelong dream of playing for Everton was cruelly shattered at 18, when he realised that he was actually useless at football. Following this bombshell, he trained to become a primary school teacher. He denies that this was only so that he could be taller than the majority of people in his workplace.

Following a few years of teaching in Leeds, he studied for an MA in Writing for Children at the University of Winchester. After graduating he taught at schools in Ipswich and Italy, whilst writing in his spare time. He currently works part-time at a school near Cambridge. His claims that he is “the staff-room eye-candy” have been strenuously ridiculed by all those who work alongside him.

Find out about the books Mark has previously pub: http://www.marklowery.co.uk/books/

TextProject was founded by Elfrieda Hiebert in 2010 in California. It is a US-based non-profit web platform for teachers, parents and professionals involved in children’s literacy and English development. It comprises a library of levelled open texts for use in class, image banks for vocabulary instructions and resources on reading and spelling research.

Fiction Express is an innovation book platform that connect students with professional authors encouraging reading for pleasure through fun co-creation of stories. Using their votes, children are able to decide where the plot goes next, then the author will bring the most popular choice to life. Teachers are also fully supported with curriculum aligned resources.

Alex Woolf was born in London in 1964. He spent most of his childhood in an attic playing with soldiers and making up stories about them. In his 20s, he rode his motorbike and travelled in America (where he nearly ended up as a barracuda’s lunch). He also did lots of dull and dangerous jobs. His worst job was washing up in a restaurant kitchen full of cockroaches!

Finally, he settled down to write books. He’s written loads of non-fiction books. Subjects he’s written about include sharks, asteroids, chocolate and the Tudors (not all in the same book). And like the boy in the attic, he still loves making up stories. He’s written stories about time travel, and one about scary shadows that come to life, and another one about a teenage ghost hunter, and many more besides. His latest is set in Shakespearean times and features a girl who is an actor and also a spy. Alex lives in Southgate, North London, with his wife, two children, and their cats, Juno and Minerva.

You can read more of Alex’s work on the Fiction Express website here.