The Department of Philology, a founding Department of the University of Ioannina (UOI) 42 years ago, aims on the one hand to offer young philologists scientific and educational training, i.e. to provide them with the appropriate scientific qualifications that will assist them in their future professional careers, and on the other to acquaint them with all the aspects and expressions of speech, from the study of ancient Greek thought and literature to contemporary Greek literature and language, in order to contribute to their scientific and mental fulfillment.The Department comprises three scientific divisions: Classical Philology, Mediaeval and Modern Greek Philology, and Linguistics. The Division of Linguistics aims to introduce students to the scientific study of language and produce research in the areas of theoretical and applied linguistics. It provides students with knowledge and experience on all levels of linguistic analysis and engages in cutting-edge research on linguistic theory as well as language processing and language disorders.

Dr Marika Lekakou | Assistant Professor of Linguistics
Marika joined the Department of Philology, University of Ioannina, as Assistant Professor of Linguistics in 2012. She specializes in syntax, semantics, and the syntax-semantics interface. She received her PhD from UCL in 2005, with a thesis on the semantics of middle constructions and its cross-linguistic realization. Apart from her extensive work on argument structure, her research has covered a broad range of topics, including morphosyntactic doubling phenomena (in questions, nominals, and compound tenses), the syntax and semantics of determiners, and of subjunctive mood. She has contributed to investigations of morphosyntactic microvariation with work on Dutch and Modern Greek dialects.

Dr Victoria Zakopoulou | Associate Professor
Victoria is an Associate Professor at the Department of Speech and Language Therapy of the Technological Educational Institute of Epirus. She holds a PhD in Special Education, and MS and Bachelor Degrees in Psychology from the University of Ioannina. Her postdoctoral research has been carried out in the University Hospital of Ioannina (Pediatrics clinic). Her research interests are the field of Learning Difficulties, with emphasis in Early Developmental Dyslexia. She is the Head of the Laboratory of New Approaches in Communication Disorders. She is a member of scientific committees and participates actively in the design and realization of scientific, research and corporate projects. Victoria is the author of several research articles and she has participated in several National and EU funded research projects. 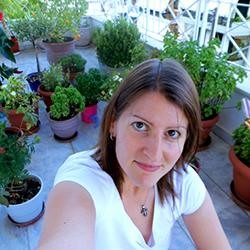 Dr Michaela Nerantzini | Postdoctoral Fellow
Michaela  works as a post-doctoral fellow at the Linguistics team for the iRead project. Dr. Nerantzini is a Lecturer at the University of Athens (Department of Primary Education). She holds a Ph.D. in Neurolinguistics from University of Athens, a M.Sc in Clinical Linguistics from the University of Groningen (the Netherlands) and University of Potsdam (Germany) and she has just completed a two-year post-doctoral fellowship in the USA at Northwestern University. Michaela has published research in both developmental and acquired language disorders in peer-reviewed journals, as well as in book chapters and conference proceedings.